On the trouble of finding a safe route in Reading.

I met Kat at Carter’s Steam Fair in late 2021. She was new to the area and looking to meet other parents who cycled. I was wearing a cycling jacket and balancing my toddler on my hip. Obviously, we were going to end up as friends.

A few months later she announced that she wanted to run Kidical Masses in Reading.

After she had explained what these were – an international movement of family friendly group rides, designed to build children’s confidence, create a community and campaign for better cycling infrastructure – we were in. I knew our five year old would love it. I hoped others would too.

We wanted to start and end at a park, so we could gather safely, and socialise and play at the end. However, Reading’s cycle paths don’t generally connect up well, and we couldn’t lead a group including young children through large and busy junctions.

Eventually, after much poring over maps and test riding of routes, we settled on Palmer Park to Forbury Gardens, mostly along the Kennet. On the day, about thirty people joined us. As we rode along, Disney tunes played out from one of the box bikes. We all had a spring in our step for days afterwards.

For the second ride we thought we’d reuse the route. However, the path along the Kennet had been closed to bikes, for months, with no alternative in place. The routes on the other side were also shut. We would have to aim for a different end point.

After a lot more scouting (thanks Simon!), we landed on a route to Christchurch Meadows, crossing the Kennet by the old gas tower site, then passing under the railway before swinging through Kings Meadow to Christchurch Bridge.

Mindful of the increased dangers of this route – a busier stretch on Napier Road, the unfenced Thames close to the path and the sharp downhill turns on the bridge over the Kennet – we were reliant on an even bigger team of marshals to make the ride safe. Many, many thanks to the members of Reading Cycle Campaign, and others, who assisted us with this.

May’s ride was a big success. Despite an atrocious weather forecast we had about seventy enthusiastic cyclists turn up – double the numbers from previously! It was brilliant watching the kids (and adults) enjoying the ride. Almost everyone stayed for homemade cake afterwards (thanks Steffi!), even in the torrential rain.

In May we were part of a wider Kidical Mass action weekend, with over 1,500 riders taking part in the UK alone. The message this sends is loud and clear – we want safe streets for our children.

So, to any councillors that are reading this, I have three requests:

And finally, to answer the question on everyone’s minds – well, it’s certainly bothering my five year old, as I’m asked almost daily – the next ride will be on July 16th.

Save the dates for our next Kidical Mass events, in Reading and Wokingham! 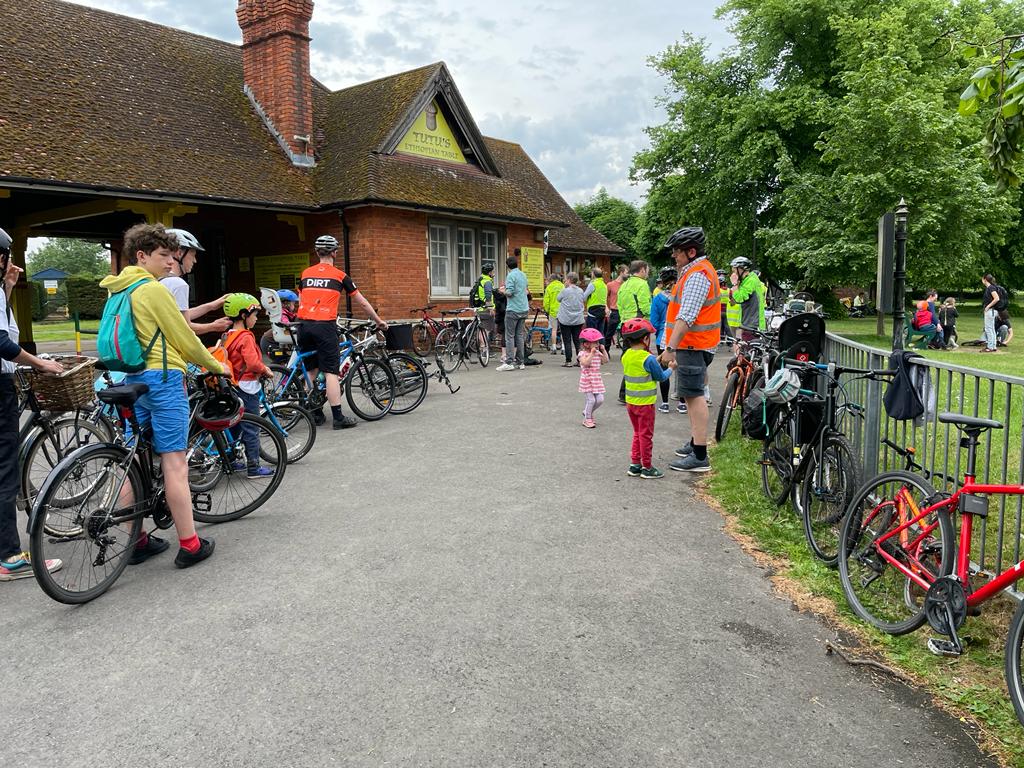 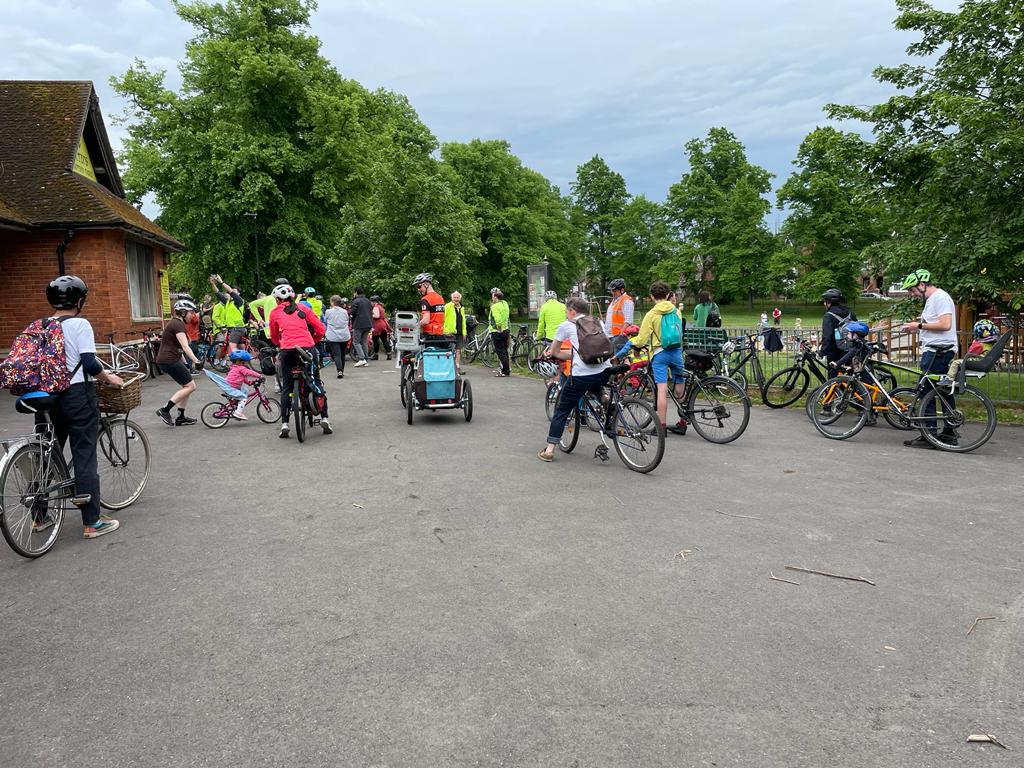 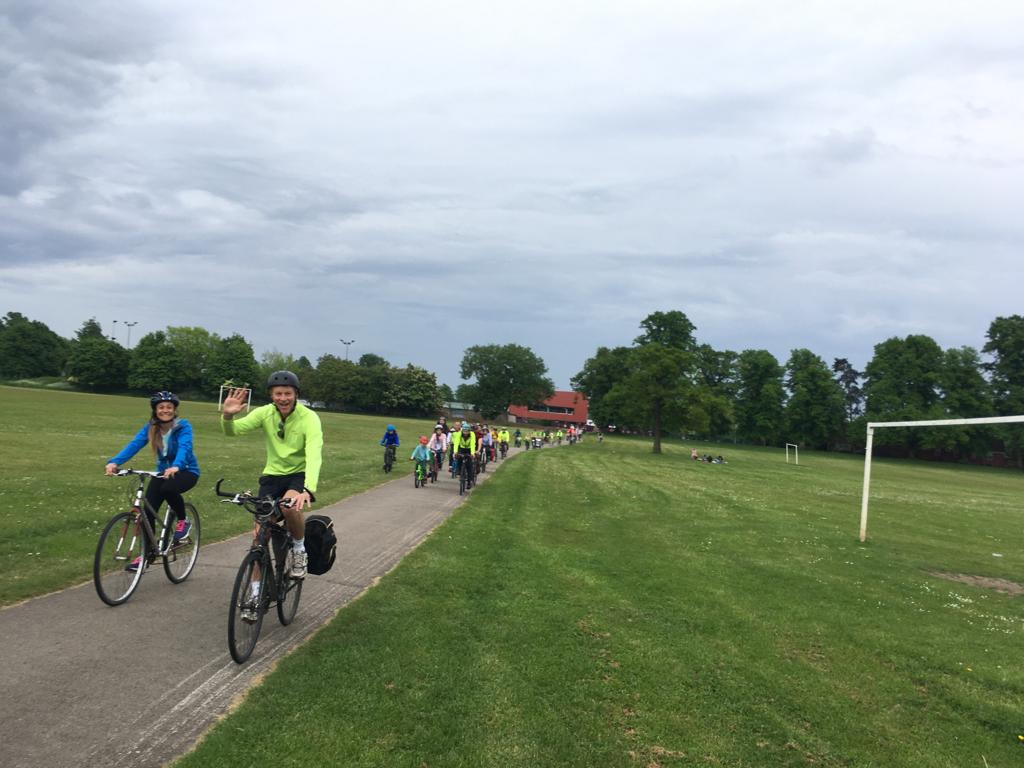 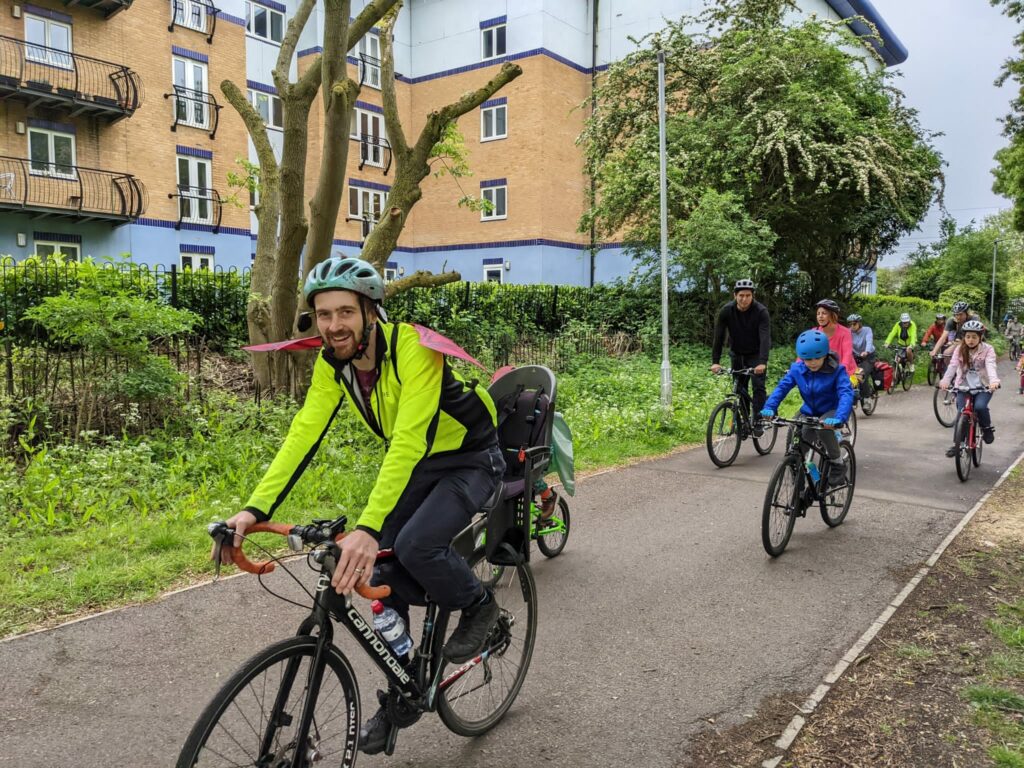 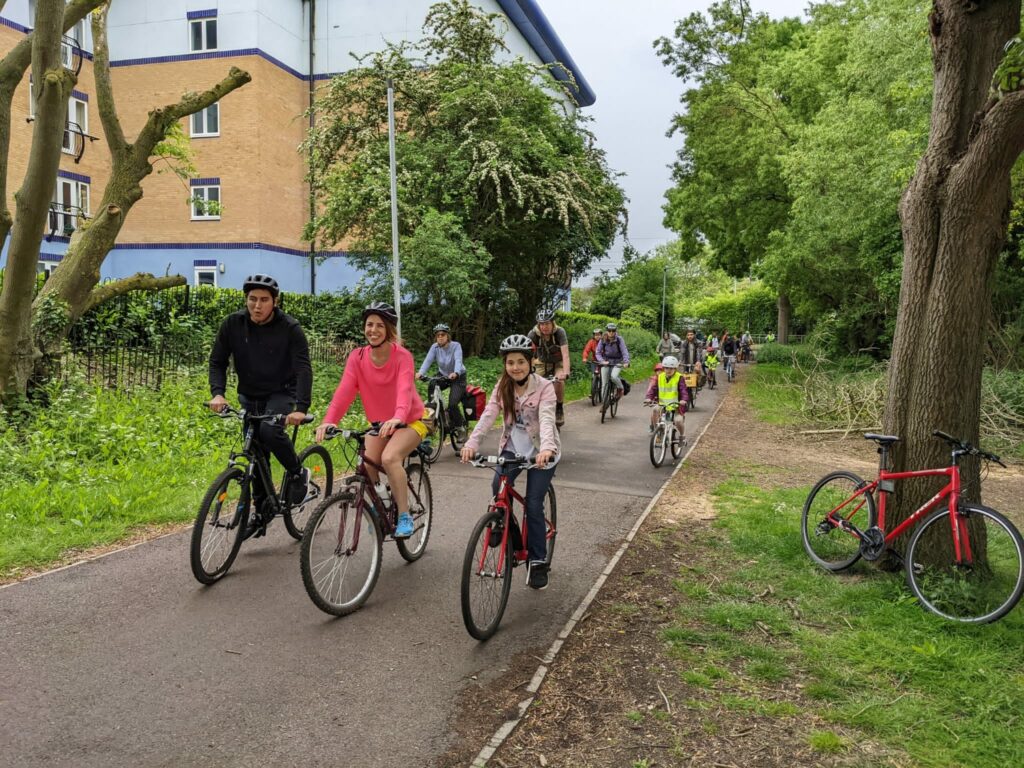 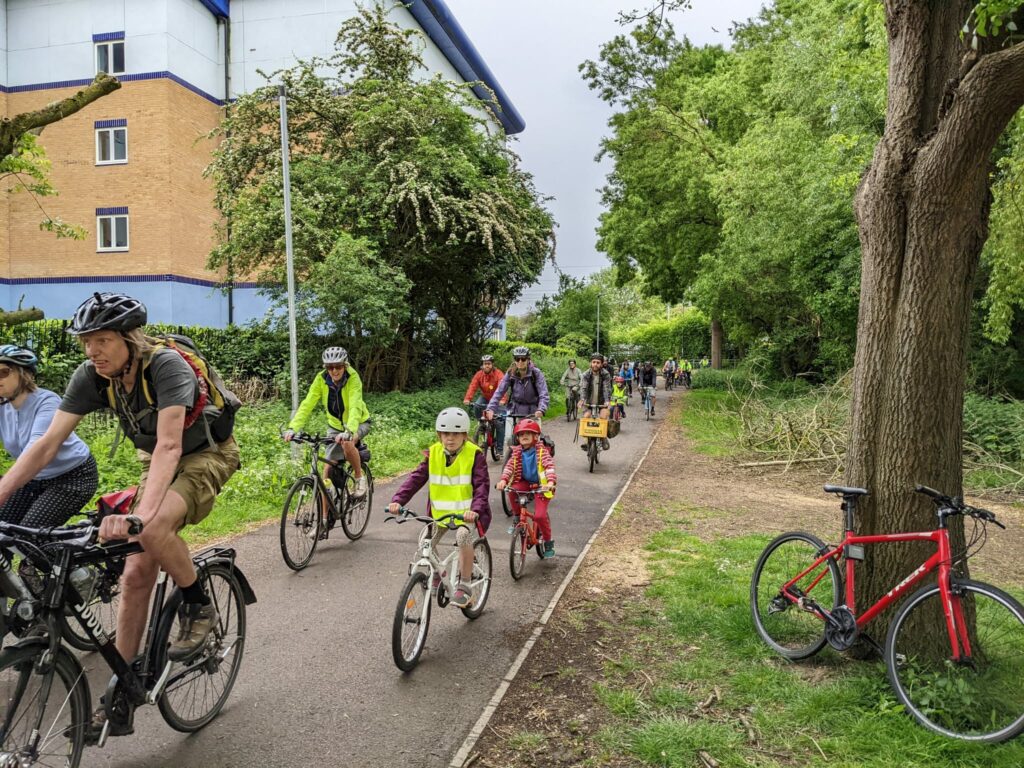 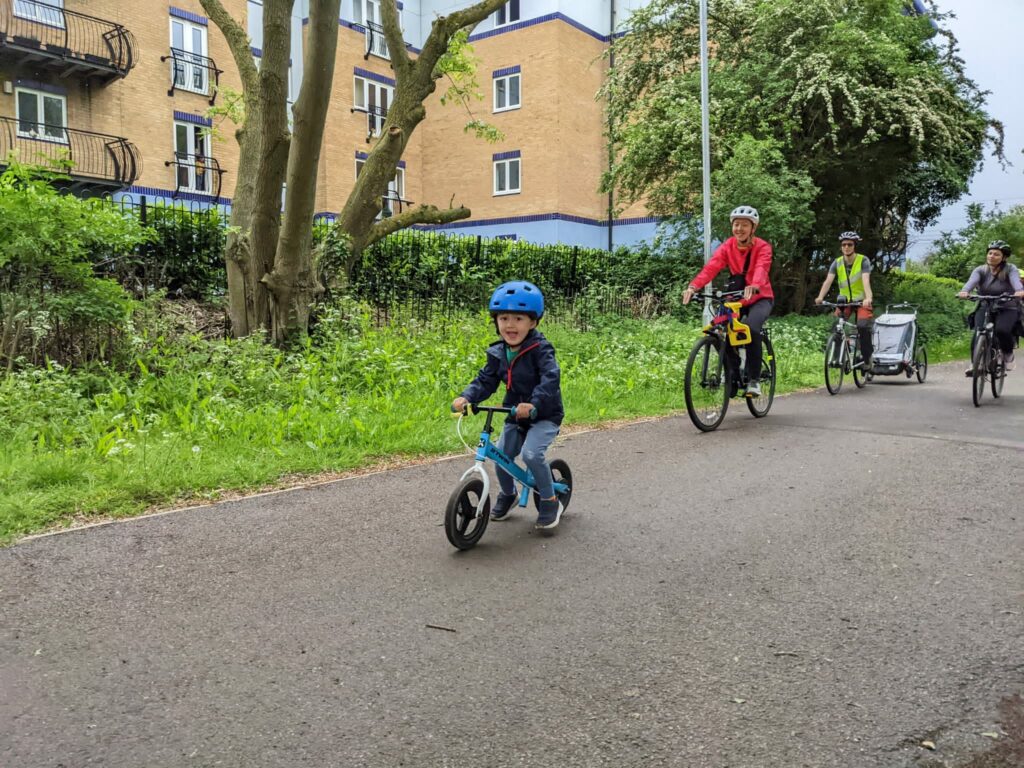 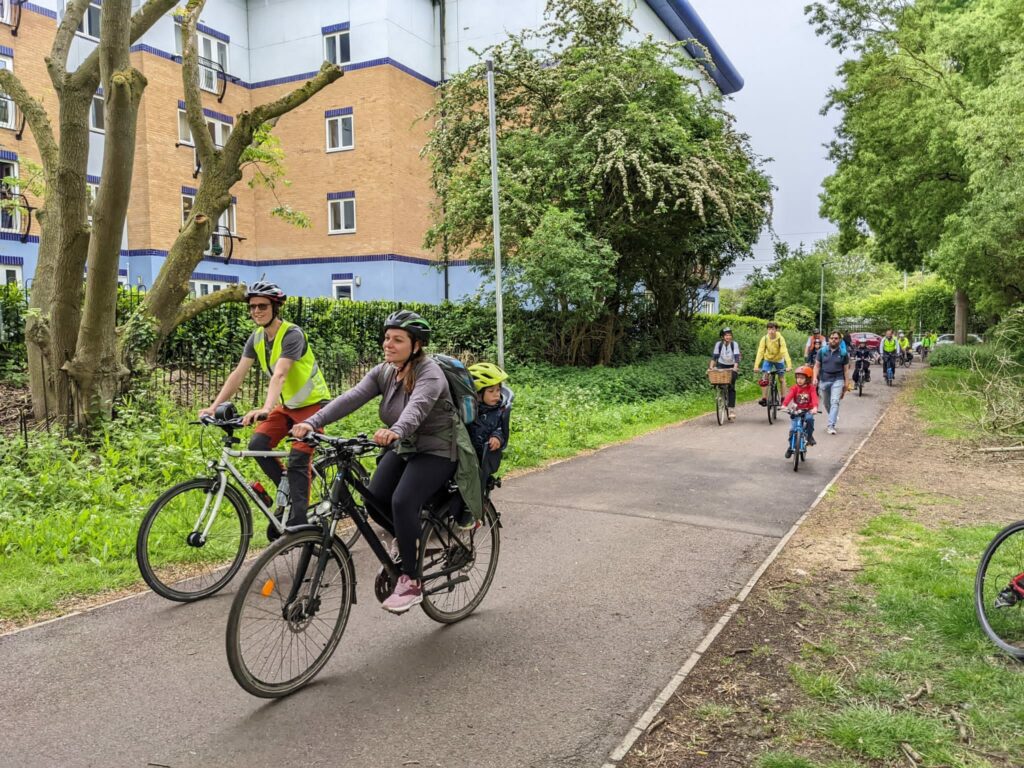 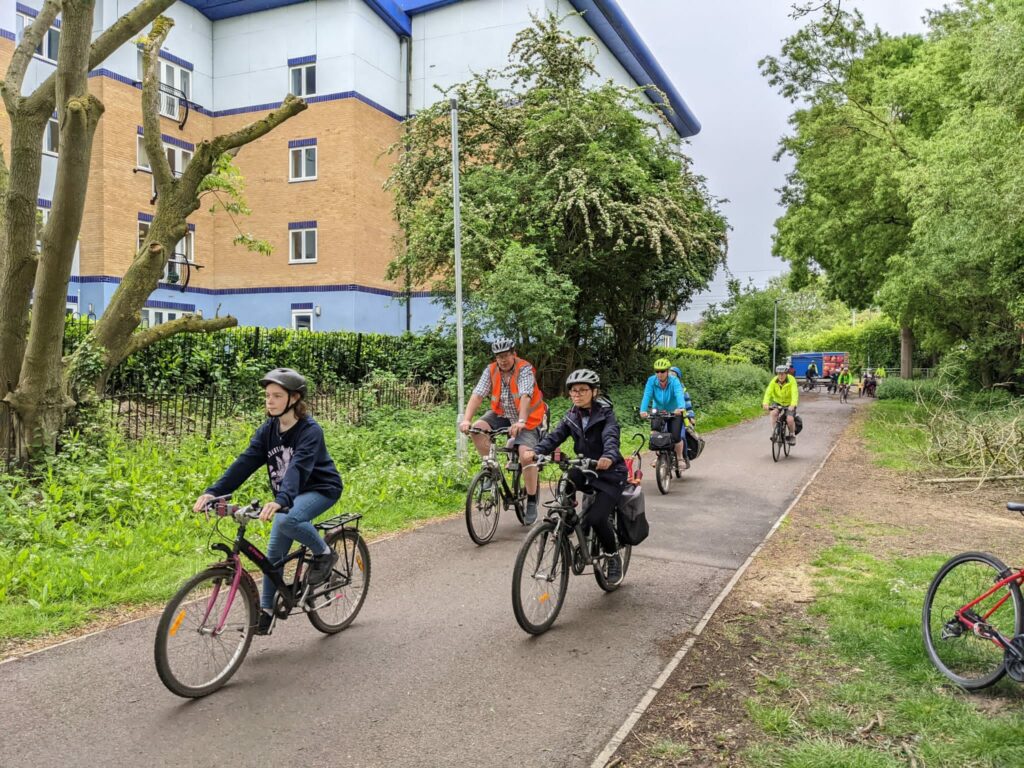 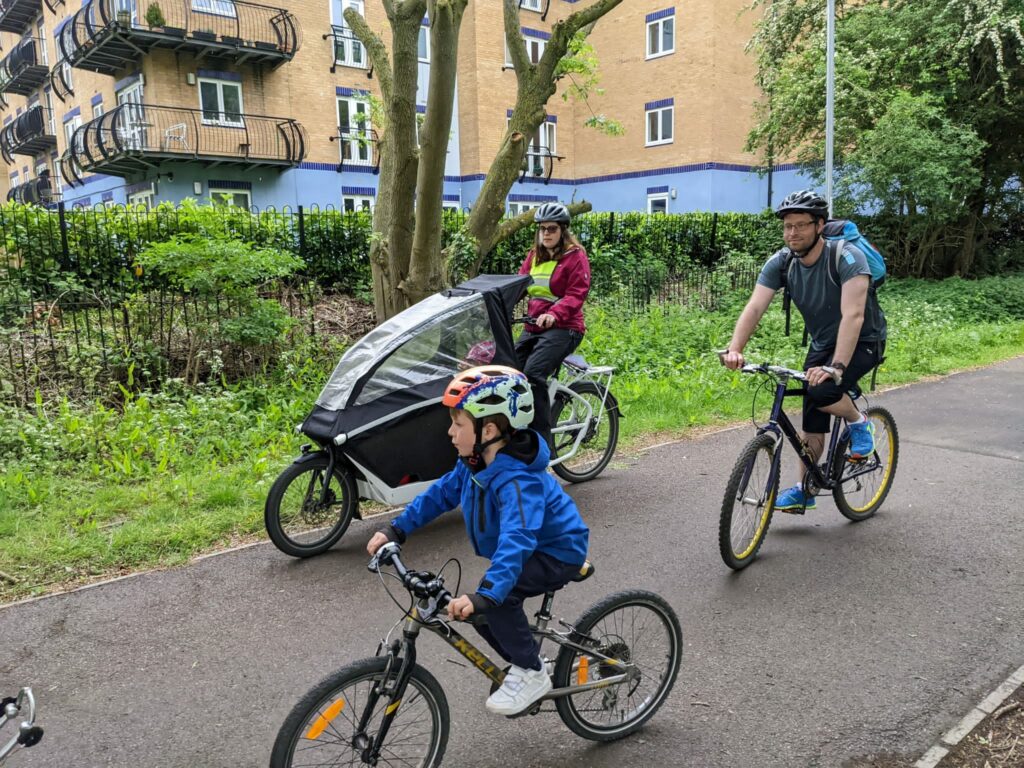 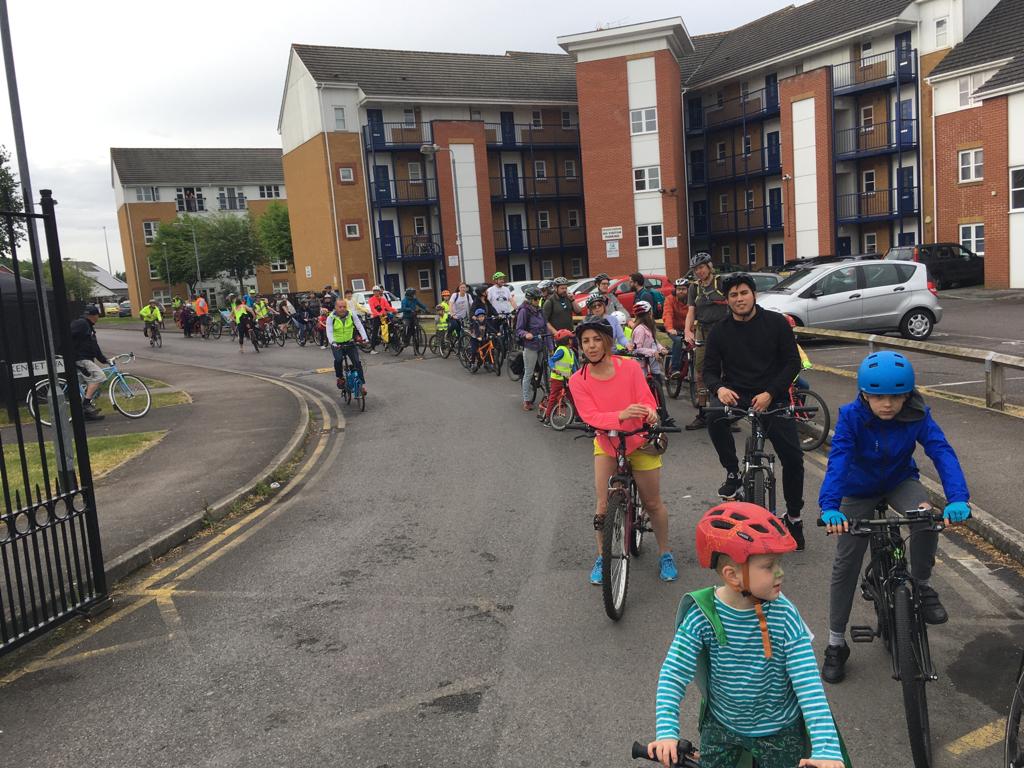 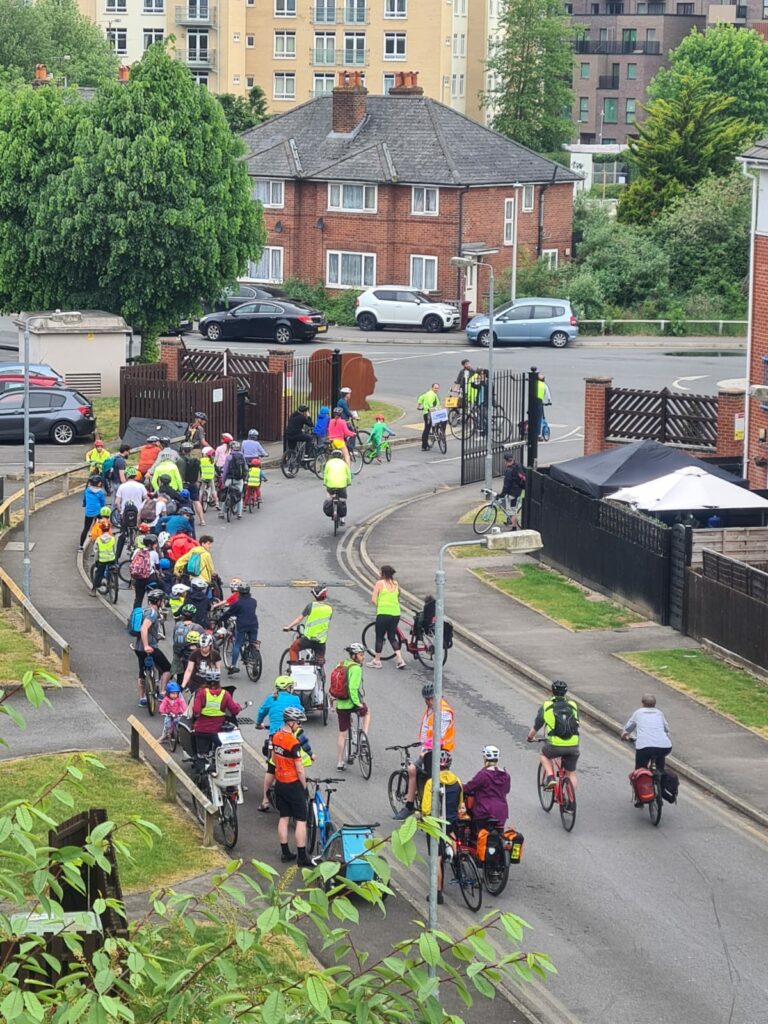 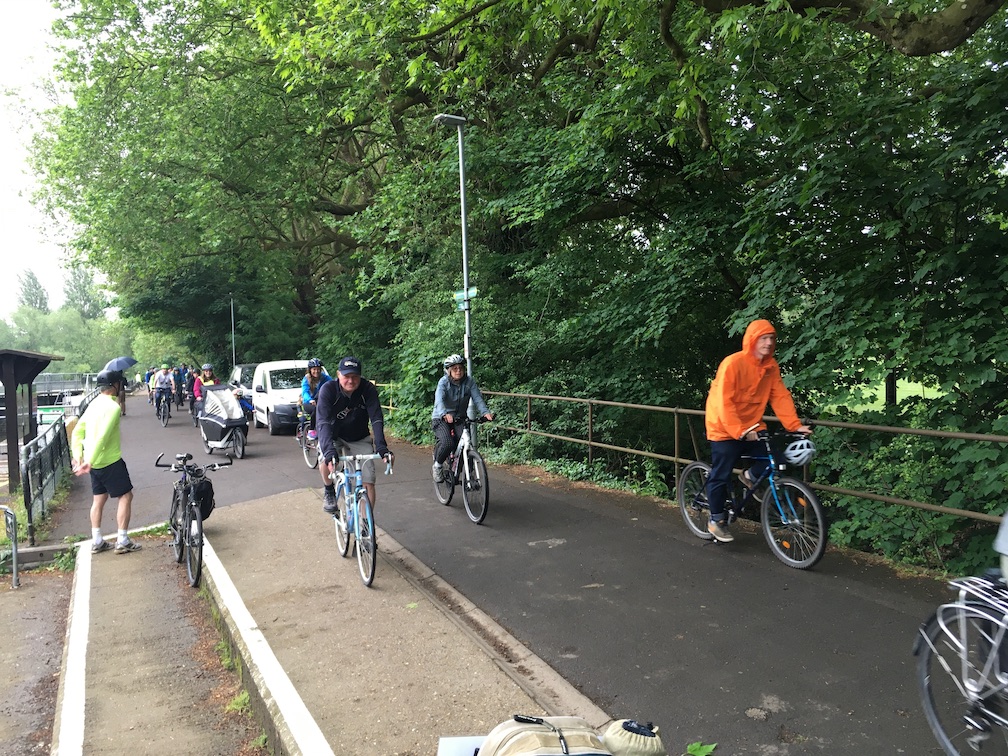 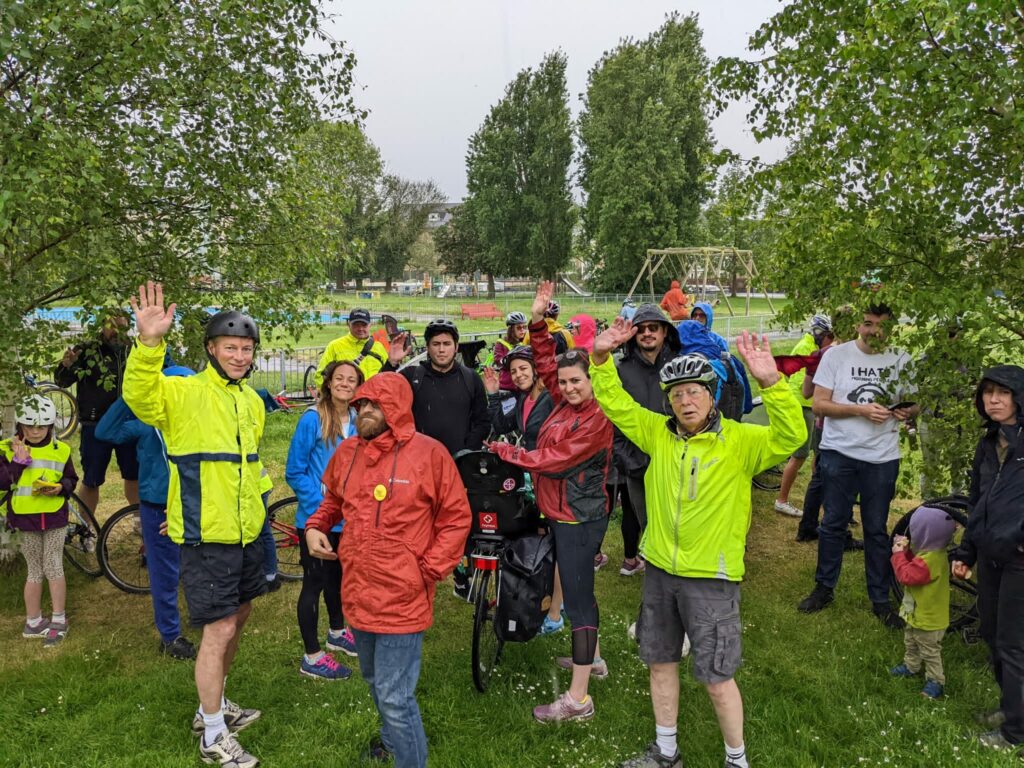 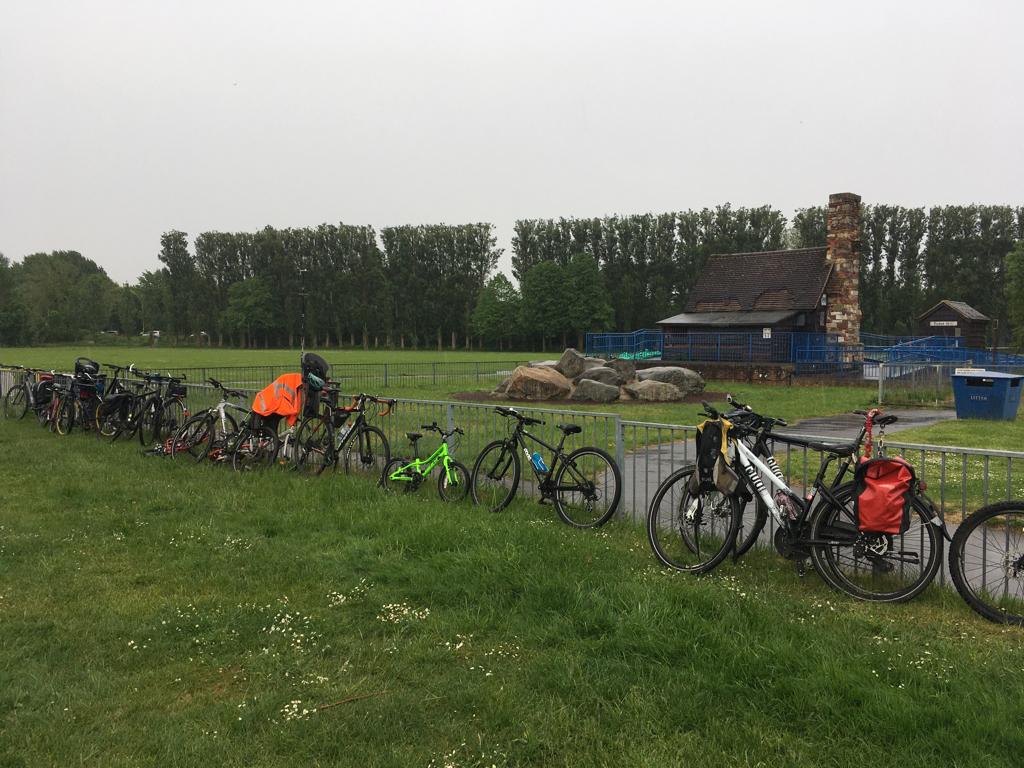 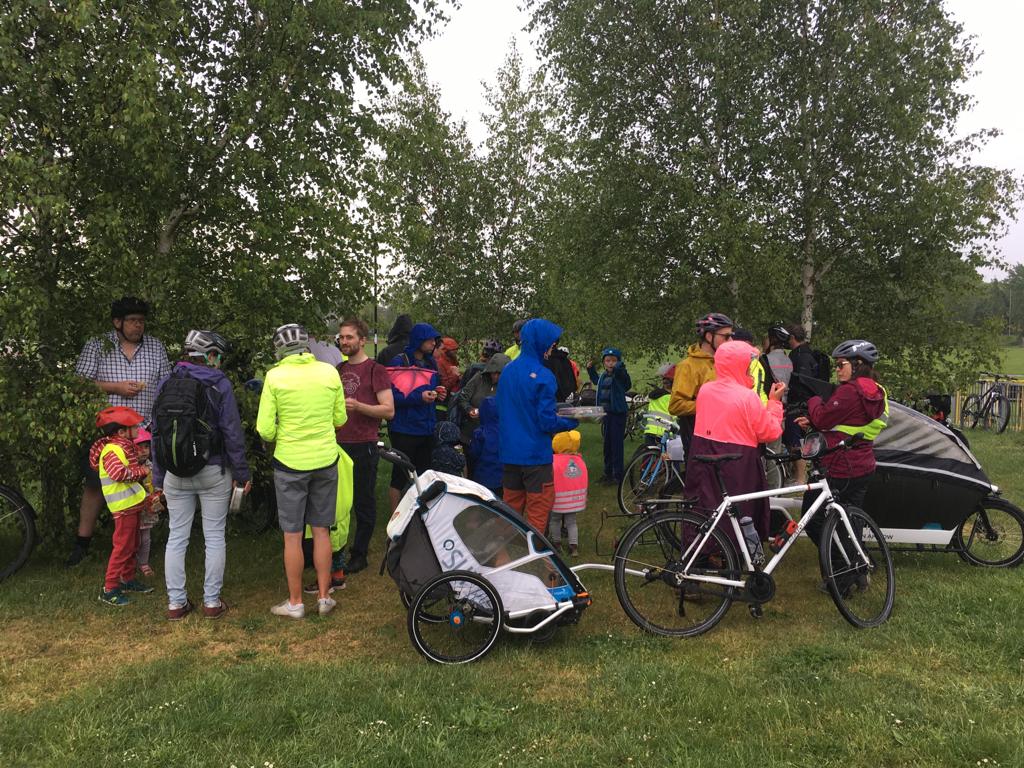 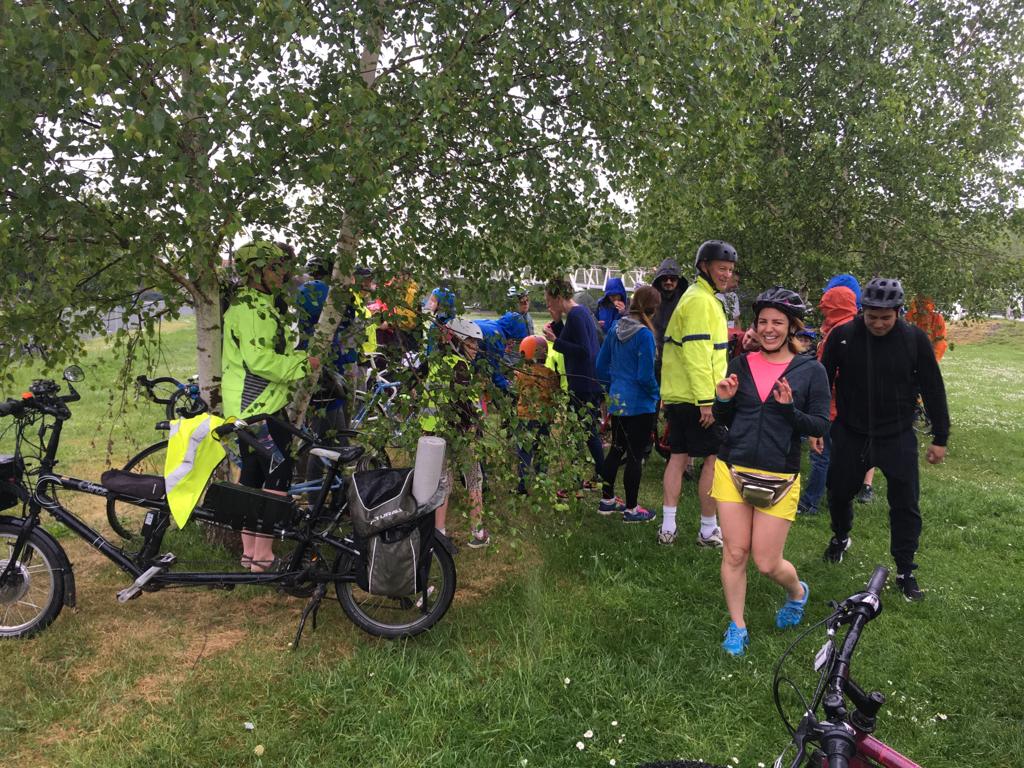 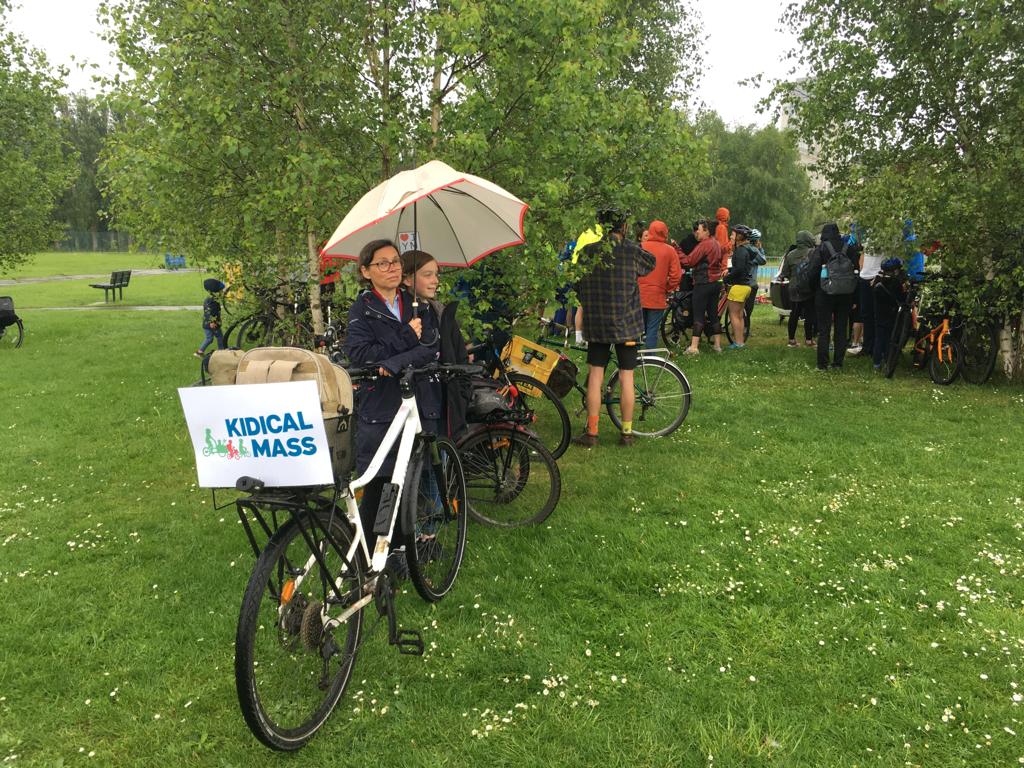